Its in our DNA, GOHABSGO! 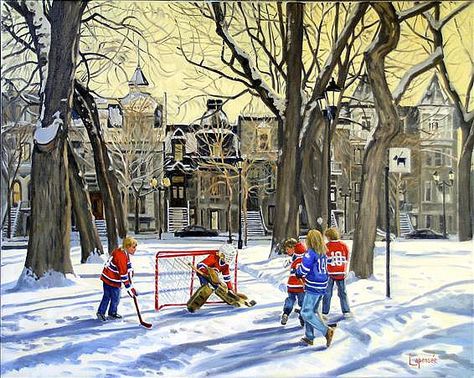 Some people just don’t get it, I wrote this in response to a someone that just didn’t get it.

Let’s start with what they said:

Did you know, Montreal Canadiens were the 2nd highest profiting team only $500k behind the New York Rangers? Sitting at $86.5 Million Montreal continues to be one of the highest earning teams in the NHL. 3rd place was Toronto only at $56.3 million.

If the NHL were really keen on “fixing matches” they would want Montreal to win right now.

NHL fans seem to be moving away from the mentality of “it’s playoffs hockey this stuff happens” to “they need to call every Trip, hook, slash and etc” which is a whole other topic because that means refs are influencing how the game pace and flow is going which NHL officials are trying to have the players dictate the flow and outcome.

Being a ref isn’t the easiest job as there is literally no winning because someone will always be mad.

This is our response:

You’re getting that all wrong, you must not be from Montreal?!

In Montreal, you bleed blue white and red (bleu blanc rouge) you’re born with it in you.

Sure we have the allouettes and we have the impact and had the expos but nothing ever can come close to the honor the C logo has on that shirt, those other sports are just teams, it’s not like the Habs!

You see I was watching Lafleur with my dad and family at the age of four and recall those glory days.  I have been to both Stanley cup celebrations as a teenager and young adult and have seen the passage of time from then to now and the one thing remains constant, fidelity to the Jersey to the logo.

Our Childrens first words along with mamma and Pappa is GoHabsGo, I’m not exaggerating either!

Our children learn the game very quickly and we put skates on them not because we have to but because they want to be a Montreal Canadian, ball hockey outdoors in the streets at -20 or -30 weather!

Gary Bettman knows this, his experience in the NBA and his age allowed him to understand the psychology of fanatical fans and when they win, we win and when they lose, we lose…our lives become heavy.

Did you ever see the riots in the streets because the Rocket was thrown out of a game, does that level of insanity happen anywhere else, burning buildings, cop cars, excessive damage and violence…pure madness through passion.

We pay an exorbitant amount of money to go see our team knowing we allow other teams to function through revenue sharing, and guess what, even if it turned out to be fact that there was fixing, we would still go back because somehow the Habs has become a part of our DNA.

We even travel to other cities like ottawa, hoping to catch a break on prices but ottawa ups the tickets just because of that very reason, another taking advantage of habs fans because they can!

Think about it, my great great grandfather watched the Montreal Maroons turn into the Montreal Canadians and followed them his whole life and so did my grandfather, my dad, myself and my kids there’s no stopping us from supporting our team.

We know in our suspicious minds and we believe that Bettman does not want a Canadian team to win Stanley.

Canada just needs good teams we can get behind so we can cheer on and continue to fill the stadiums at max capacity at exorbitant prices; that trade off works well for Bettman and the NHL’s growth into the USA 🇺🇸 as predetermined in the actual reason for hiring Bettman February of 1993.

Look at the massive turnaround after Toronto decided to throw away and burn their their Jerseys and make sad songs that its over and then decided to leave the seats empty!

Did you see how fast the league reacted to the second or third most profitable team in the league; they shit their pants and said ok we need to do something because if the big money makers of the league fall, the repercussions will be felt across the whole league!

Let us never forget or if you didn’t know, The Montreal Canadians and The Toronto Maple Leafs support many teams in the league through revenue sharing and in reality, these two clubs or more precisekly the fans of these two clubs is what determines the faith or the NHL.

Piss off The Montreal Canadians fans and we may do what Toronto did and heaven forbid if the two fan clubs ever got together and said enough is enough!

We leave with legacy and what it means to be a Habs fan!