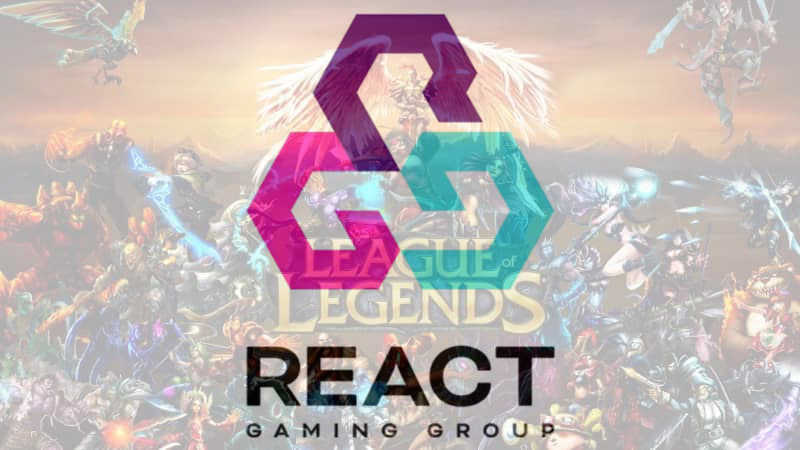 One of the most important things to do as an investor is to become a visionary and diversify your portfolio with some disruptor sector companies.

When looking at disruptive sector technology such as 3Dprinting, Internet of things, Electric Vehicles, Graphene, MetaVerse, Augmented-Virtual Reality, Telehealth or online gaming platforms like React Gaming Group I try to figure out where should I put my money, one area I look too is areas that have a lot of hype, hype means that the industry will attract volume, then I look to see if the hype is sustainable, naturally money flow is key for a return on investment and growth, this in turn relates to shareholder value.

Each one of those sectors is the future but for the content of this article, we will go through a timeline, plug in an industry that started way back from the days of Pong, two paddles and one ball, that grew into a huge retail Arcade industry and home gaming stations where friends would conglomerate around a Cathode Ray Tube (CRT) with the game console.

I’ll never forget the days sitting in front of my Atari console with a few friends playing River Raid and then as time evolved being at arcade shops playing fighter jet games where some would say they are a low version of a simulator, those were all amazing but the games that got the most attention were versus games and the one that turned heads and had movies made form it due to its popularity was Mortal Combat!

Mortal Combat drew crowds around two players that went toe to toe and the best part of the game was the fact you could change avatar, therefore the new challenger would go at it with the winner and the winner always went with the one they were amazing at.

From the days of retail Arcade shops in the 1990’s the evolution of the internet brought us in to the realm of multi player online games with Generation X and younger Generations realizing Multiplayer gaming potential around 2012, games such as Call of Duty for example was the craze.

The evolution on Multiplayer gaming from those days has seen expansion but not only as multiplayers were increased tremendously in one game taking on tons of memory and Data to realize such feats as the game had continuously maintain perfect flow-through and retain its true realistic feel without glitches which would drive a gamer crazy, the expansion was one that branched out into the social media world.

The second half of the 2010 to 2020 decade saw massive growth, we could easily see some social media platforms not only have gamers playing but an audience watching as young commentators kept the audience engaged as if watching a football or soccer game.

The professionalism of the commentators with the knowledge of the gamers real live tactics occurring at blistering speed leaves you speechless, we are truly heading into an area with massive potential.

I’m not the only one that thinks this, go look at all the new sponsors pouring up millions over millions to get in to the action, big names like Coca Cola, Nike, Puma, Adidas to name a s select few but the list is so long that I could not name them all anyways.

Dont miss React Gaming Group interview, the world of online gaming and betting has its place in the future —->

These big conglomerates have realized that online gaming is the new sport, people fill stadiums the size of soccer stadiums in Europe (or should I have said football for our European friends), prices can range and do not be surprised if you pay 400$ a seat, the main winner of Fortnite a few years back netted a teenager a prize worth more than a Wimbledon cup winner, the prize pools of online gaming contests held in arenas are absolutely staggering, if you take a look at the Asian Market, you will be shocked.

Online gaming is the future, it follows the gaming evolution, the old days of a person playing alone by themselves at home will be very rare, it would be a choice because the norm is to be playing amongst other people around the world. Every place that I knew that had a retail Arcade shop, is closed. As mentioned but in real time, it is rare a child today is playing any game on their own, its either they are watching others play games like Minecraft or they are playing in a virtual world amongst other people of the planet earth….the evolution of gaming is here and here to stay and in fact, the annual compounded growth rate is around 8% for gaming and betting around 11%, which places React Gaming Group in an excellent position, allowing for massive gains.

What does this mean for companies like React Gaming Group, to be properly positioned in an ever expanding new world, to allow price pools, to have teams and be inclusive, grow into an industry that is fragmented, allowing for massive upside growth and the potential to grab a big piece of the online multi billion dollar gaming pie, increasing their bottom line and maximizing shareholder wealth, be sure to watch the video on YouTube and/or listen to the interview on Spotify which could be downloaded and listened to at your discretion.

Let it be know that we are at the very being of exciting times, get involved and take a peek at REACT GAMING GROUPS website and start some tournaments with friends or others unknown to you or do your due diligence and look to invest in a company thats part of an exciting future.

React Gaming Group is where its at.