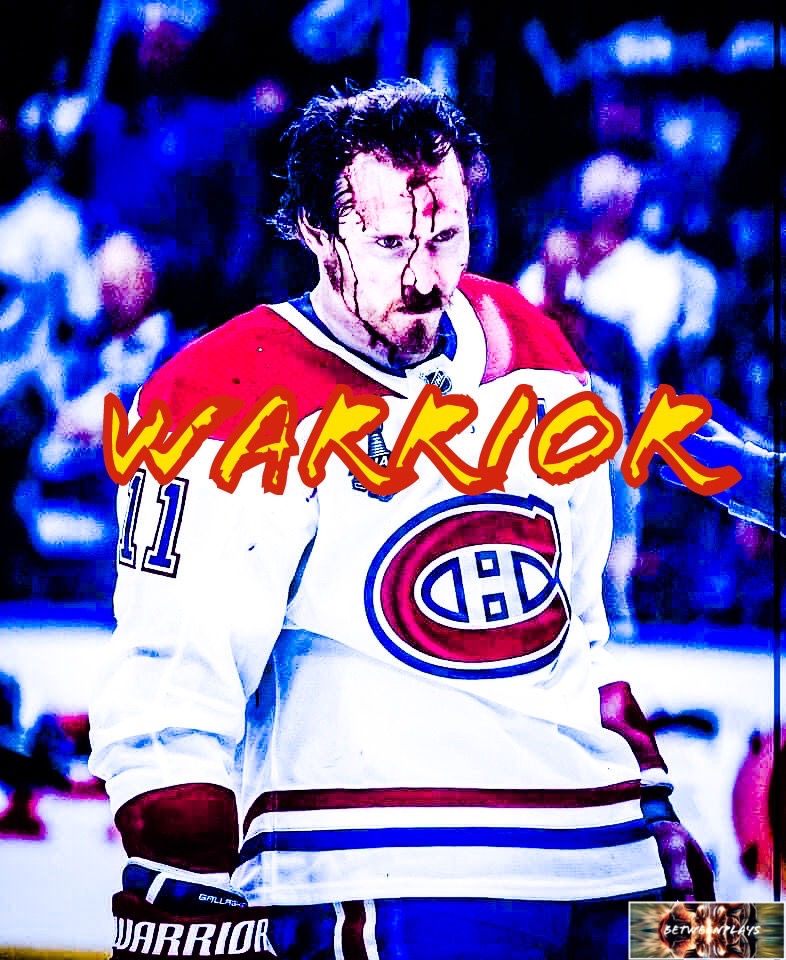 Brendan Gallagher has been a warrior for the Montreal Canadians since his first day on the ice, I recall him crashing the net and putting in pucks; the net crashing led to the NHL making adjustments on Goalie interference.

To be honest, I thought Gallaghers days were numbered back in those days because sure, he is a strong gritty guy but I thought he lacked the size and the skill of other guys that can pick top corners or one time them into the smallest opening; but I was wrong, years later Gallagher wears the A and is a team leader!

Here we are and Brendan Gallagher is the poster child of my article, he represents the heart of a fighter that sees the prize, whether its a simple battle in the corner of the ring for the puck or in a fight for Stanley; Brendan Gallagher is the person the Montreal Canadians need to follow into this war, the drive inside Gallagher is what the others need to tap into, he is the warrior on the ice, he’s smaller than most players but his heart, will, determination to overcome and persevere against all odds is inspirational and bigger than most guys hearts anywhere; he is that boxer in the movie that won’t stay down because he needs to win at all costs for his loved ones.

Every player on the Montreal Canadians bench, need to put it into Gallagher gear; thats overdrive times 31!

This is it, this is where you sleep in the ditches, quiet your mind and focus, the time you go to war, this is the moment you can’t ignore and must recognize that one of the smallest players on the team standing at 5 foot 9 inches and weighing in at 183 pounds is taking on 6 foot 3 over 220 pound guys and never giving an inch, never backing down, pushing back to the point the other team has focused on him so intently that they constantly chirp at him any chance they get!

If every player on the Montreal Canadians decides that this is it and gives everything like Gallagher, I wouldn’t want to be the other team; we can be proud of our Stanley Cup Final and we will win The Stanley Cup!