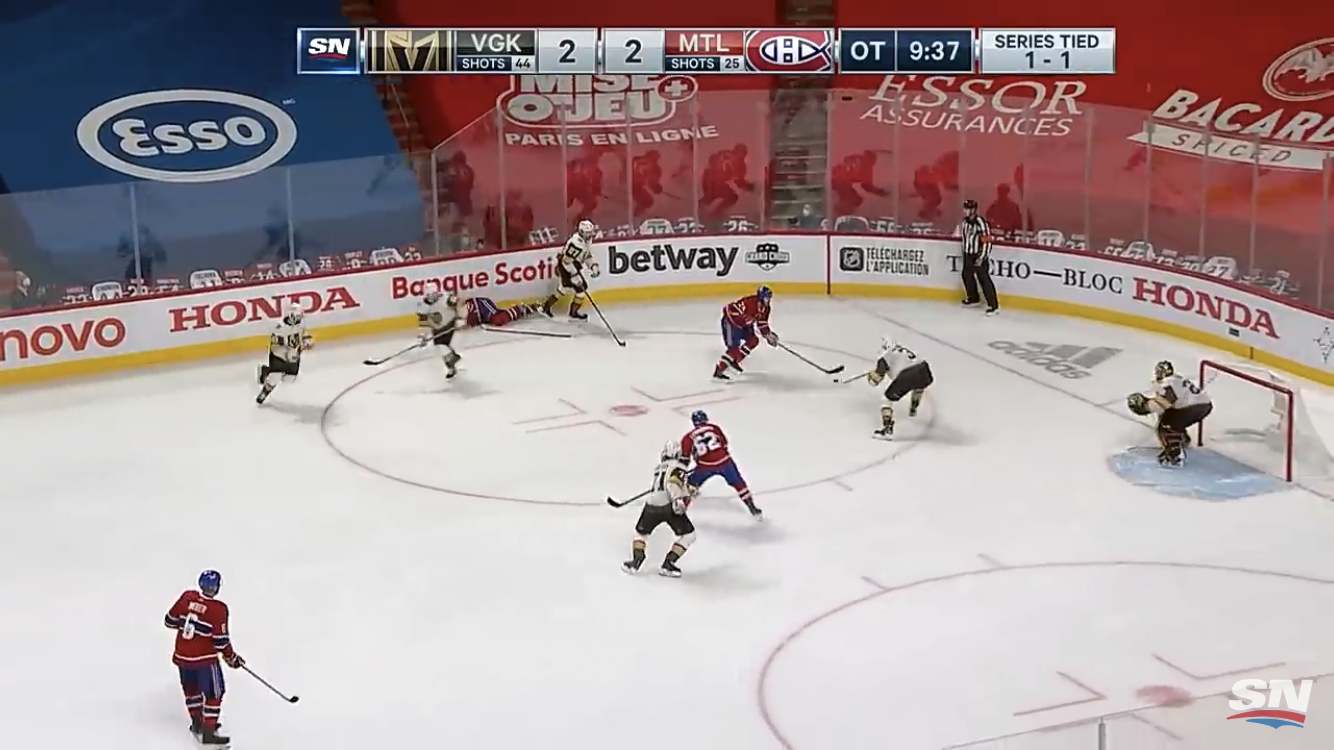 The featured pic should say it all as Corey Perry lies on the ice with his nose ripped open of a high swing batting of the puck attempt which should have been called a major, I have a hard time believing that the official didn’t see the play as his job is to watch the play especially where the puck is and in this case, the puck was in the air and Vegas tried swatting it resulting in a dangerous high stick bat to the face of Corey Perry as the official watches on.

This is absolute cray cray right here (for us older ones with grown up kids that’s new lingo for Crazy), when Corey Perry lifts himself off the ice we can see the damage is real!

This isn’t the only call that was missed, how about the hit on Lehkonnen, right on the numbers that sends him face first into the boards!

Look the issue here is consistency; when a questionable call is going to happen as Paccioretty intentionally holding Lehkonnen stick to draw a hooking penalty or a side push being called a numbers hit was just incredible to see, lets hope we can see some consistent officiating here because with YouTube and Social media being the way it is, we can stop videos in full HD clarity and do close ups frame by frame to find out what we need to find out!

Click here to see the highlight reel of Game 3

Don’t forget to subscribe to our social media for Stock and Sports updates!