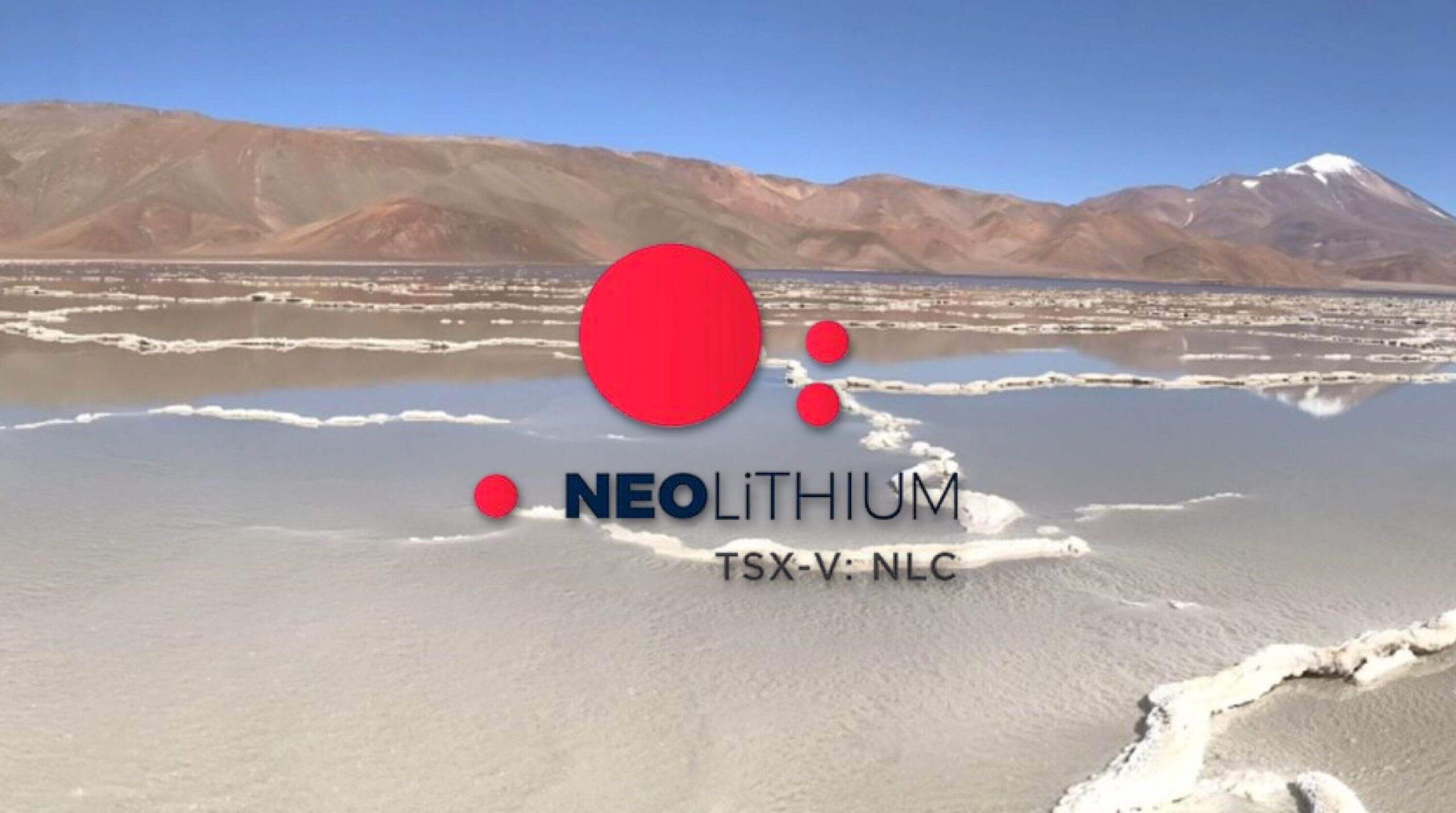 Looking at the Stockmarket you need to find those underrated potential multi gainers that have worth, companies that you can invest in and the chances of them going up are more in your favour than not, those few companies that are left to the side for some odd reason but growing like some sleeping giant.

Neo Lithium is one of those stocks, $NLC $NTTHF!

The market has been crazy but Neo Lithium is not getting the attention it deserves, I’m surprised the stock isn’t higher than its current price in this crazy market of meme stocks, pump and dumps to other, its as though this potential gargantuan of a company is non existent is social media.

I can easily start by stating that every thing Neo Lithium have said they would accomplish since their inception, has actually been accomplished and almost always right on time! Listen to this because its important, Neo Lithium have done everything they stated they were going to do and they did it on target; that alone is what we call integrity and quality of management and we can also state that the Environment, social and governmental equilibrium is on point as well!

Their Pre-feasibility study was also on time and done well, the project is solely 100% owned by Neo Lithium in the 3Q lithium triangle which holds over 40% of world production in Argentina, 3rd highest quality brine in the world, top 5 largest lithium brines in the world!

The Argentinian government gave them hectares of land so they could build the industrial area, Neo Lithium educates and employs Argentinians and teach them other trades, permits are in place up to construction but they have a tax stability agreement by federal government for 30 years, mining property granted for 99 years, royalty payments to government seta at 3%.

Neo lithium has a greater than expected reserve.

Take a look at what Stifel had to say about them in June.

Their Lithium purity is 99.9% and here’s an article from mining capital on what they had to say about Neo Lithium.

Now Im just giving you some of the facts, go to their webpage and go check out how crazy it would be not to do your research on this project and then turn to look at the elephant in the room, the strategic partnership with CATL!

CATL jumped on board and took out an 8% equity stake in the company (Neo Lithium) they also have a right to maintain that position, and did so , they also put one person on land site and one on the management team, why do you think they would do this…BECAUSE THEY NEED THE LITHIUM!

Do you know who CATL does business with, TESLA, you know the guy, Elon Musk!

Tesla went to CATL many moons ago and CATL has been supplying TESLA with batteries for years and years and thats only one of many many many car companies that CATL builds batteries for and it only one section of their company, but ill leave you with this article written by Electrek here

CATL is in home battery storage and so much more but the best way to do them any justice size is too post a link to their website here.

Now let us take our focus back to Neo Lithium and let us take a look at earnings…how many companies do you know that has no mine put puts up positive earnings in the last three years in the companies short life only starting gin 2016?! Not many thats for sure!

Go look at 2020 and go look at Neo Lithiums earnings, over 13 million dollars and an EPS of 0.11 cents with no mine yet, thats insane! (take a look here for the numbers)

Just imagine when the mine is producing full capacity and CATL is just taking and taking everything Neo Lithium can put out because the demand for EV’s are only growing!

I don’t know about you but its insanely hot in the sunlight in the summer even in Montreal to the point, you just can’t take the heat anymore! Forget about debating global warming or cooling or whatever and lets just agree that it gets damn hot out there and if we can even attempt to make things better even if its just hoping and gravity isn’t just slowly pulling us into the sun or maybe our ozone layer is so thin that the sun just hits harder or whatever but once again, lets just say that maybe just maybe we need to get rid of combustion engines as and attempt at cooling down the earth by eliminating toxins in the air, ok so lets go green agenda, we need EV’s worldwide and we need to plant a lot of trees!

IMO Neo Lithium is going to be one of the biggest producing lithium companies out there, you can’t just be feeding the largest battery maker on the planet and not believe that Neo Lithium won’t be making billions as soon as the lithium is extracted like a kid sucking on a straw drinking a milkshake or in this case a dog that just can’t get enough!

The one thing I wonder is why is so little articles written on Neo Lithium with CATL on site and CATL makes batteries for TESLA in Asia, CATL has the million mile battery, you have to take a step back and wonder and then look at their stock, just slowly growing, always just slowly growing and the Final Feasibility Study is here, we’re at the finish line.

We have an engineering/construction company Worley on site that has experience in the lithium game as they were involved in the Lithium Americas construction and was Neo Lithiums CEO Waldo Perez and their summer is right around the corner as our winter hits us, I’m definitely excited about their DFS and whats coming next!

I own Shares in Neo Lithium but to all my followers on Twitter and YouTube, you know I say that you should do your own Due Diligence, that you should; Research Prepare/Plan Execute, Stay Strong!

Neo Lithium in our view is a stock with massive growth potential but if your looking for those under the radar stocks or looking to for a little extra, just sign up through our subscription form!

The next big one, ARENA MiNERALS!

Should we be worried and sell