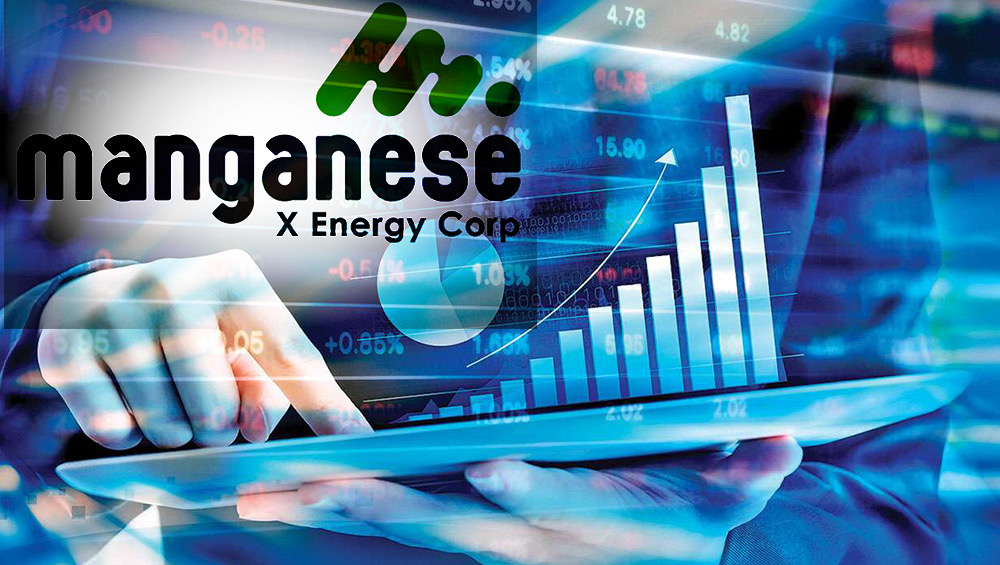 When investing you have to be somewhat of a visionary and as Buffet says, “you need to seize the opportunity”. There is just no way about it, some of the greatest minds in the investing world also had to figure out where they should put their limited cash at one point. At the present, these same people have so much money, they can allow themselves to wait until a company is de-risked even use artificial intelligence in order to predict within a certain set of parameters where their money should go, but remember, it wasn’t always this way for them.

At the moment when retail investors hear big names like Cathy Woods, Warren Buffet, Ray Dalio, Vanguard, Blackrock are dropping millions upon millions in a company, we can immediately see a huge flux of retail investors money pouring in, the advantages they have today is absolutely incredible.

Those people with the big names in todays investing world at one point had to start somewhere, sure, some were more blessed than others with their parents money or their parents guidance but they still had to make the right decisions regardless. If you read the book, “principles” by Ray Dalio (excellent book) you’ll see that in order to be a great investor, we need to learn from experience and learn to create healthy portfolios.

That is what Betweenplays always tries to do, we have knocked it out of the park with trades in Gsat, CUK, CCL, AMC, AAL, GEVO, WIMI, IZEA, NIO, LAC, and many many more before they spiked and just recently Mullen at 0.89$ including Arena Minerals, E3METALS, I3Energy, NLC, and now we have our money on Manganese X Energy Corp.

Here we have a Manganese pure play company known as Manganese X Energy Corp (tickers $MN.V $MNXXF), the question is why would I go with this company over others, why is manganese such a big ticket item and whats up with this whole Tesla thing, let us help you with that!

Let us start with Manganese In general, manganese is the new mineral of choice in batteries eliminating Cobalt because it acts and reacts in such a way that gives the battery durability, longevity, distance, safety, faster charge up times, much more ESG compliant than Cobalt and cost efficient; this reduction in cost is felt directly from mining the mineral into the retailers pocket!

China had started restricting rare earth minerals in the later part of 2000’s which had many countries upset over, the fact that China could hold power and tighten its grip on rare earth minerals over the United States and the world! This could be used as a tactic for economical or political gain and would not be in the best interest of the USA or Canada and is absolutely not acceptable.

With all the important items listed above, what about the Macroeconomic factor in terms of logistics and politics, just getting it from China which produces over 90% manganese sulphate is a dangerous game to play, can we rely on them; at any point they could cut off exporting the mineral in order to gain an economical or political advantage.

If we look at where the world with three of the biggest military and economical powers on earth going at it, we can almost state that the concept of globalization is taking a hit, I’m not just saying this, click here and you’ll see for yourself just how close we’re entering a new world order.

But why Manganese X Energy Corp!

Manganese X Energy Corp is right around the corner of delivering its Preliminary Economic Assessment (PEA), with a talented CEO at the helm Mr Martin Kepman leading the way, Martin has put in over 5 years of hard work to get this project to production.

Martin Kepman and Associates Inc, founded in 1982, is a business development and management consulting firm owned and operated by its president Martin Kepman . Martin, in his 34 years of consulting experience, has consulted on a wide range of projects, in multiple industries ranging from software , softgoods, printing, food to mining. Martin is highly skilled at planning,organization as well as assisting Corporations in financing He has successfully implemented a variety of installations for a significant number of major corporations and because of his practical approach, has been recognized as an expert in identifying the strengths and weaknesses of Corporations for strategic business plans; recognized within various industries as a successful specialist in turnarounds.​ Martin has brought innovative projects to fruition, while assembling key people to minimize risk thus resulting in maximizing return on investment.

The PEA is being undertaken by Wood plc “a highly reputable company“, they are charge of completing the PEA. If you do not know who Wood plc is, I’ll start by saying that Wood plc. is not some tiny company. They are a company with 8 Billion yearly revenue, they employ over 40,000 people and are in over 60 countries with a crazy amount of projects in the bank at the time of writing this article and are highly invested in the sustainability of our planet. Once Woods completes the PEA and its review process, they release it to the company, once announced as viable, we should see major investors racing to get in before the others and the first one in, may be able to secure a high quality manganese for years to come.

This mining project is one of the most important projects in North America. The most crazy thing about it is, not many people are noticing it because of so many other factors affecting the world today taking up all of our time; we have covid, the war in the Ukraine involving all of the world in some shape or form, inflation, tax issues, the overall debt crisis, interest rate increase, real estate fears, meme stock investing, crypto currency, the meta verse digital asset investing and NFTS; let me tell you, if this was 2020, there is no way in the world a battery mineral project of this sort, that sits on the critical mineral list, to be the first publicly traded manganese company in North America, with manganese becoming a most important mineral in the battery tech, with some type of intertwined ties to Tesla, would be sitting at .37$…hell no, this is why I am personally expecting this Company to rocket once they are in full production!

But why bring in Tesla into this article, well look, first of all we know that Manganese X is going to be mining manganese and Tesla is going to be building a manganese battery at least this is what he just hinted, which is utterly important when combined with his lead scientist Dr Jeffrey Dahn.

Dr Jeffrey Dahn is the pioneer of lithium ion battery technology and his brother Roger Dahn is Director of the manganese X Energy corp, Tesla is not only a car company but an engineering and technology company and manganese just makes sense.

We have to consider the potential here and the importance of Manganese X Energy Corp as a whole, as they are on track to becoming the first publicly traded Manganese producing company in North America. Locking in the the manganese is extremely important to any EV company trying to secure manganese and one must consider the Dahn/brother connection, thats what smart investors do!

Director Roger Dahn, excellent in his own right as achieving the top in his area with over 30 years experience, a registered professional geologist and Qualified Person as defined by National Instrument 43-101 would be enough for anyone to be satisfied but as luck would have it, he is also the brother of Dr. Jeffrey Dahn whom has been the lead scientist for Tesla since 2016, “he was dubbed Elon Musks Secret weapon at that time and continues to be the top in lithium Ion technology“.

Dr Jeffrey Dahn is the pioneer of lithium Ion batteries (read this article for some breakthrough tech with many patents and written papers) and is still Tesla’s lead scientist, as he has accepted to renew his contract, which means the man is an absolute genius.

Look, I’m not saying this is going to happen but why would I want to buy from any other manganese company when I can buy from a seriously trusted source (Dahn connection), from a company already high manganese purity 99.95%, Ni 43-101 compliant, Kemetco eliminating costly agents from its processes in order to reduce OPEX from the balance sheets, a 35 year mine life and mission to become first publicly traded Manganese company in North America!

Manganese X Energy Corp is situated in New Brunswick, near shipping ports, owns 100% of the Battery Hill property project 1,228 hectares. Battery Hill is very well situated from the US border, near existing power, railway and roads.  The Woodstock area manganese occurrences, according to Brian Way (2012) reports that the area “hosts a series of banded iron formations that collectively constitute one of the largest manganese resources in North America, approximately 194,000,000 tonnes.”

How about what is going on in Ontario and the investments of the likes of Ford and Stellantis in our country and the ease of reaching Ontario where Stellantis is setting up shop with a few billion on the line to create a major Battery and vehicle plant equivalent to 112 NHL skating rinks sitting on Manganese X’s doorstep!

I can give endless examples but,…

We all know that manganese is the present and the future or as Mr Kepman puts it, “the mineral of the 20’s”. CATL has done away with cobalt for manganese, Tesla announced going to manganese batteries, other companies are on board that manganese is the way to go! The full explanation of the manganese importance and battery technology will be a discussion for another article or interview.

What I am trying to say is, the importance in manganese technology should not be overlooked, the potential is greater than one article can explain, I would need to write a thesis on it.

What is important to state more than anything else is the fact you can not allow yourself not to research Manganese and Manganese X Energy Corps importance in the grand scheme of things, if you are a serious investor!

Because it looks like Manganese X Energy Corp is ready to achieve its mission in becoming the first publicly traded producing Manganese company in North America!

As we started out this article we will end it; some of the greatest names were unknowns in their beginnings, they could not move markets and sway investors with a click of buying or selling into a company, they had to put in the time, educate themselves and make those hard choices, they had to decide what could possibly be a major growth stock with undervalued potential. I’m not saying they still don’t do that today, but today all they have to do is invest in a company and retail investors as well as banks and other companies will most likely follow, making their investment fruitful, right off the bat. It is our turn and up to us to find our own potential money makers and be in before everyone else; as Buffet says, “when you find the one, seize the opportunity“.